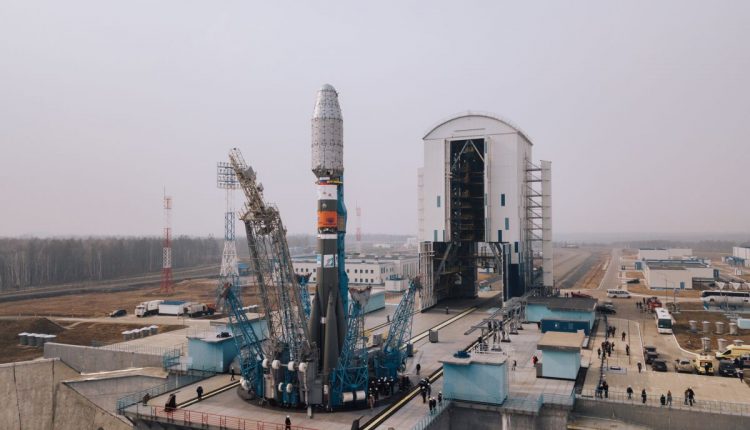 
Arianespace will launch a fleet of new OneWeb internet satellites into orbit Sunday (April 25), and you can watch the launch live.

An Arianespace  Soyuz rocket will lift off from Vostochny Cosmodrome in eastern Russia at 6:14 p.m. EDT (2214 GMT or 7:14 a.m. local time, Monday, April 26). If all goes to plan, this next clutch of satellites will fly to a near-polar orbit, joining a growing constellation at an altitude of roughly 280 miles (450 km).

“OneWeb’s mission is to bring internet everywhere to everyone, by creating a global connectivity platform through a next generation satellite constellation in low Earth orbit,” launch provider Arianespace said in a statement.

Soyuz will use an “advanced dispenser system” from RUAG Space to deploy the payloads during a four-hour mission, Arianespace added in a tweet Wednesday (April 21).

The flight, designated ST31, is the sixth mission Arianespace will conduct on behalf of OneWeb. Once the latest batch is deployed, OneWeb will have 182 satellites in orbit, with eventual plans to have 650 satellites in the constellation. Called Launch 6 by OneWeb, the mission is the third for the company’s “Five to 50” program, which aims to provide internet access for customers north of 50 degrees latitude by June 2021.

“OneWeb’s ‘Five to 50’ programme aims to connect broadband data users in the Northern Hemisphere, with services covering the United Kingdom, Alaska, Northern Europe, Greenland, Iceland, the Arctic Seas and Canada,” OneWeb wrote in a statement. “Service will be ready to start by the end of year, with global service available in 2022.

Flight ST31 is the third OneWeb launch since the company filed for Chapter 11 bankruptcy in March 2020. The company now has new ownership under the British government and Indian telecom firm, Bharti Global, and sharply reduced how many satellites they plan for their next-generation constellation.