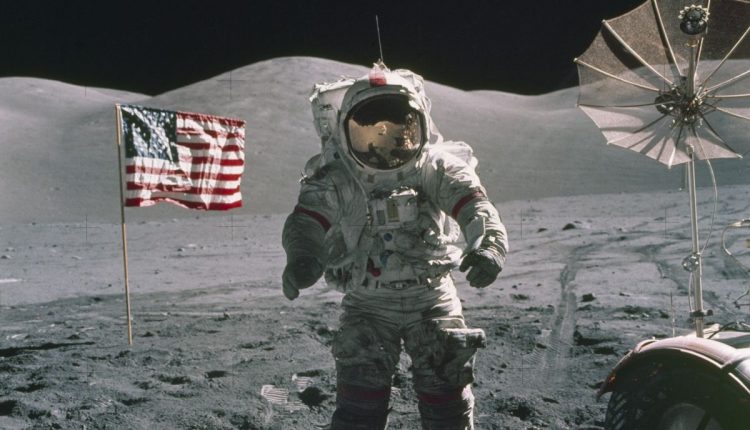 Why is NASA sending a woman to the moon?

NASA aims to land the first woman on the moon with its Artemis program. But why?

Monday (April 12) will mark the 60th anniversary of human spaceflight, or 60 years since the Soviet pilot and cosmonaut Yuri Gagarin became the first human being to go to space on April 12, 1961. Following this moment in history, NASA launched the first American into space and in just a few short years, landed the first humans on the moon.

Throughout NASA’s Apollo program, 12 different astronauts stepped out onto the lunar surface. These moonwalkers all had one thing in common: they were all men. In the agency’s first decades, the astronaut profile was extremely rigid; most astronauts were test pilots in their 30s and all were white men.

Related: Pioneering women in space: A gallery of astronaut firsts

Since then, the thin definition of what it means to be an astronaut has expanded, society as a whole has grown and, slowly, that astronaut profile has evolved to include a wider variety of qualified space explorers. Now, with NASA’s latest crewed moon landing program Artemis, the agency aims to return humans to the lunar surface, this time including women.

This step comes over half a century into the agency’s history and, according to NASA’s own astronauts, historians and the agency itself, landing a woman on the moon will not be the final or ultimate achievement for diversity and inclusion in space. However, it is the next natural step.

Why land a woman on the moon?

Retired NASA astronaut Peggy Whitson, a biochemist who, after breaking records as an astronaut became the first female nonmilitary chief of NASA’s Astronaut Office, told Space.com that by highlighting women’s work in Artemis, she thinks NASA is “trying to help advertise and promote interest in the flight to the moon,” she said in an interview.

“I think flying to the moon is the next logical step, and is required in order for us to develop the infrastructure that is going to be necessary to travel further and go to Mars,” Whitson added.

“We are aware that the last time we went to the moon, in the ’60s, it was all men. So we’re righting a past wrong,” spaceflight historian and author Amy Shira Teitel told Space.com in an interview. “I think it’s to show inclusivity,” she added about NASA’s intentional inclusion of women in the anticipated lunar landing.

To some, the upcoming Artemis crewed lunar landing, which is currently slated to happen by 2024, might seem like a stunt to showcase diversity in NASA’s astronaut corps. However, while NASA’s move to include a woman as one of the two people to next land on the moon is intentional, current and former NASA astronauts alike reject the idea that it’s a “stunt.”

This is not the first time that the products of growing diversity at NASA have been accused of being “stunts” by social media trolls. In 2019, NASA astronauts Christina Koch and Jessica Meir conducted the first all-woman spacewalk at the International Space Station. This spacewalk was a scheduled battery upgrade and repair mission, but the moment made headlines as a spacewalk had never been conducted with only women before.

But NASA didn’t decide to pair the two together intentionally to create history, Meir and Koch are simply two qualified astronauts who were paired together because of the spacewalk rotation schedule, NASA officials said at the time. This scheduling coincidence is simply the product of more women being in the astronaut corps.

So, in choosing astronauts to land on the moon with Artemis, it’s not a big surprise that one of them will be a woman. “These women are qualified. And if you were going to have a lunar mission, of course one of them or more would be selected because they’re qualified — equally qualified,” Whitson said.

This sentiment is shared by one of the astronauts who is qualified and eligible to be the first woman to walk on the moon.

“NASA hasn’t said, ‘Our mission is to land a woman on the moon,'” NASA astronaut Nicole “Duke” Mann, a test pilot and member of NASA’s Artemis Team, told Space.com in an interview. “Our mission is to return to the moon for sustained lunar operations as part of the Artemis mission. And I think the reality is, the Astronaut Office is incredibly diverse these days, and that includes women. And so it’s just a natural function of that diversity.”

“We recognize that with different backgrounds, different genders, different religions, different experiences, it all comes together, I think, to make us a more capable agency,” Mann added.

And NASA itself seems to be in agreement.

“Today, women represent a significant contributing portion of all facets of NASA’s workforce both from mission capability and workforce diversity considerations,” Vanessa Wyche, the deputy director of NASA’s Johnson Space Center in Houston, told Space.com in an emailed statement. “The last two astronaut classes selected have also included the highest percentage of women in history, 50 percent for the 2013 class, and 45 percent for the 2017 class. As we increase the diversity of our astronaut corps in the Artemis Generation, we look forward to the first woman walking on the Moon and inspiring women and girls from around the globe,” Wyche added.

It makes sense that, as more women become astronauts, there will be more women taking part in missions like the Artemis lunar landings. However, the fact that the landing is still discussed through a gendered lens — a “woman” landing on the moon, as opposed to simply an “astronaut” — shows the clear gender inequality that still exists.

Some have even suggested that it could be a disservice to highlight women’s role in this program as it might “other” them.

“By separating out the woman, it makes it so that the woman is the ‘other’ — that she’s not there because she deserves a spot on the mission, she’s there because we said we’re going to put a woman on the moon,” Teitel said.

“Obviously, I will be much happier when we get to a point where gender isn’t a part of the issue … [when] everybody’s equally able to be represented, and it’s just based on qualifications,” Whitson said. “The fact that people still bring out gender indicates there isn’t quite an equality yet that should be there … we’re improving, but I still think we have a ways to go … it’s something that NASA is working very hard at. And I think this [Artemis] is just one way of them trying to promote the fact that they are trying.”

However, as Whitson said, we have a ways to go. While more women are becoming astronauts, women still only make up about 10% of NASA’s astronaut corps. Aside from that, in both the astronaut community and across STEM (science, technology, engineering and mathematics) fields there continues to be a lack of diversity and inclusion and pressing obstacles for people of color, those in LGBTQIA+ communities and others in marginalized groups.

So, while in the future we might not see headlines about women astronauts accomplishing things — rather, we’d just see coverage of astronauts doing their jobs — we’re not there yet.

Right now, the reality is that gender inequality and many other inequalities exist in the world and throughout spaceflight. For these reasons, it is still important to highlight the success and accomplishments of women and marginalized groups in spaceflight (and across STEM fields), as this representation shows younger generations what is possible for them.

If we look back to the Apollo lunar landings, they have inspired many throughout the decades but not everyone can see themselves represented in the band of astronauts from that era, or even in the vast majority of engineers and others working at NASA at that time.

“As a six-year-old seeing the moon landing,” Teitel said about representation in the age of Apollo, little boys were told “you can do that. You can be an engineer, you can be a pilot, whereas the little girl watching that is probably told you can be their secretary.”

By seeing increasingly more diverse groups of astronauts and leaders in spaceflight, the younger generation can see a future for themselves in space.

“Being able to see somebody in the role makes it more accessible,” Whitson said. “Me, for instance, I was inspired when the first guys walked on the moon, but it’s not like I was telling a lot of people that that was what I wanted to do when I grew up. It wasn’t until I turned 18 and they selected the first female astronauts and among them was Shannon Lucid, a biochemist. And I was interested in biology and chemistry at the time so I thought, well, hey, maybe I really can be [an astronaut].”

“Having somebody blaze the trail, they inspired me to take it from being a dream to a goal, because I’m like, ‘you know, these ladies did it. I could, too,'” Whitson added.

“Because we’re not there yet, I do think it’s important to highlight some of these events that are taking place,” Mann said, echoing Whitson’s statement. Kids today, she added, “they are watching this on the internet or they’re reading a story about it or they’re seeing it on the news, and when they look at this mission, they can then identify with astronauts that are a part of that team.”

“The United States is leading the global effort and human exploration, we are setting the example for diversity as well throughout the world. And so I think it’s something to celebrate, personally,” Mann added.