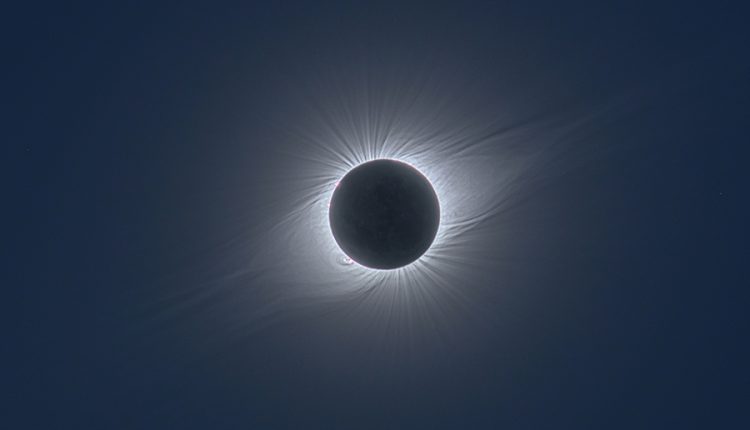 
Did you experience the spectacular totality of August 21, 2017? The first coast-to-coast total solar eclipse in the U.S. in 99 years, that “Great American Eclipse” is destined to be equaled on April 8, 2024, when an even longer totality visits Mexico, the U.S., and Canada.

Now just three years away, preparations for this “Great North American Eclipse” are already underway. Just as it did in 2014, the American Astronomical Society has formed the AAS Solar Eclipse Task Force to help coordinate national preparations for what will arguably be a bigger event than in 2017 — and you can get involved.

Celestial geometry will make it a longer and a more geographically inclusive event than in 2017. “The duration of the total solar eclipse in 2017 was just over 2 minutes along most of the path while in 2024 it will be about twice as long,” says Fred Espenak, a retired NASA astrophysicist and eclipse expert known as “Mr. Eclipse.” The maximum duration of totality on April 8, 2024, will be 4 minutes 28 seconds in Nazas, Mexico.

The Moon’s central shadow will sweep across the continent in 139 minutes. You can see exactly what you’ll experience from any location using this newly developed 2024 eclipse simulator by eclipse-chaser Dan McGlaun.

After first eclipsing the Sun at sunrise close to the Penrhyn Atoll in the Cook Islands in the South Pacific Ocean, the Moon’s shadow will hit land at Mazatlán, Mexico, where 4 minutes and 26 seconds of totality will strike at 12:09 p.m. local time. That’s sure to be a popular observing location, as will Nazas and Torreon inland, though the mountainous roads there aren’t suited to a last-minute eclipse chase.

Unlike in 2017, there are some big cities in the path; Dallas, Indianapolis, Cleveland, Buffalo, and Burlington are all well positioned, with San Antonio and Austin right at the southern edge of the path.

After enveloping Lake Erie and Lake Ontario, the shadow will cross into Canada, throwing parts of Ontario, Québec, New Brunswick, Prince Edward Island, and Newfoundland into darkness for just under 4 minutes. An eclipsed Sun will set in the mid-Atlantic west of France.

For Americans, a second totality in seven years is a treat. For Canadians, it’s arguably an even bigger event. “Since this will be the first total eclipse of the Sun visible from southern Canada since February 1979, I think it will be huge!” says Alan Dyer, one of Canada’s best-known popularizers of astronomy and a veteran eclipse-chaser.

“Especially as it passes over or very close to Canada’s two most populous cities, Toronto and Montreal . . . though the obvious choice site would be Niagara Falls,” he says. The best vantage point for seeing and shooting the eclipsed Sun over the Niagara River and Falls will be from the American side, he points out.

The climatology will be critical to deciding where to go. “In Mexico, the winter dry season is in its last month by April, the southern U.S. will be in thunderstorm season, and in both the northern U.S. and into Canada spring storms and occasional snowfalls are possible,” says Canadian meteorologist and eclipse expert Jay Anderson, who recently published extensive weather advice on the 2024 eclipse. “Go south or keep an eye on the forecast — with bad weather, there may be a lot of rushing about, so watch the forecast and get into position a day early.”

“I’ll probably go to Mexico or Texas,” says Espenak. “If Texas, I will remain mobile to drive up to 1,000 miles northeast of Texas one to two days before the eclipse if the weather forecast looks bad for Texas.” Staying in-country and driving, not flying, will also make it easier to carry telescopes and photography gear.

With a heightened interest in total solar eclipses post-2017 and a path of totality that’s wider and a lot more accessible, the “Great North American Eclipse” of April 8, 2024, will see many millions attempt to experience the longest totality of their lives. However, spring weather means that a successful eclipse-chase in the U.S. and Canada may require mobility — and a touch of luck.