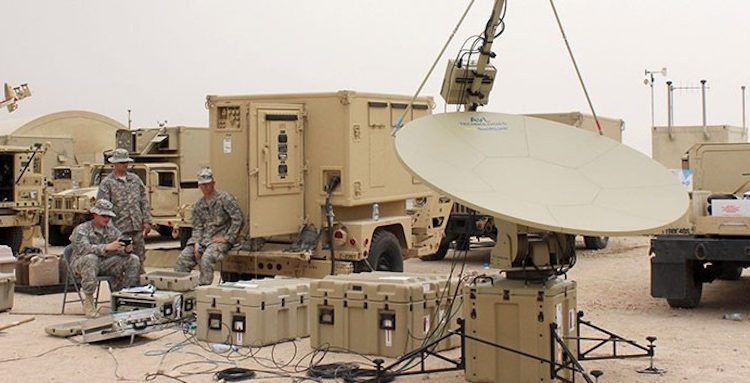 Boeing’s and Northrop Grumman’s payloads will be launched to space in 2024 for an on-orbit demonstration.

Only Boeing and Northrop Grumman got the nod to advance into the next phase of the program, the Space and Missile Systems Center confirmed April 22 in a statement to SpaceNews.

Boeing’s and Northrop Grumman’s payloads will be launched to space in 2024 on a military or commercial satellite for an on-orbit demonstration.

The PTS prototypes will be evaluated by the Space Force as possible solutions for its next-generation secure communications satellites that over the next decade could supplement or replace existing systems like the Advanced Extremely High Frequency (AEHF) satellites that are used for classified-level communications.

The assessments were completed in March, said SMC. “In accordance with the approved acquisition strategy and completion of the preliminary design phase, the program office selected Boeing and Northrop Grumman to complete design, build, test, and ultimately launch two payloads for on-orbit demonstrations and residual operations.”

SMC said a “full and open competition” is planned for the next phase of PTS, the details of which have not yet been decided.

Northrop Grumman in an April 22 news release said the company has demonstrated the interoperability of its prototype with the government’s PTS test terminal, and has validated the anti-jam waveform that protects communications signals from disruptions.

4 in 10 Americans breathe polluted air, with people of color hit the hardest

Astrophotography On The Go: When Failure Is Not An Option