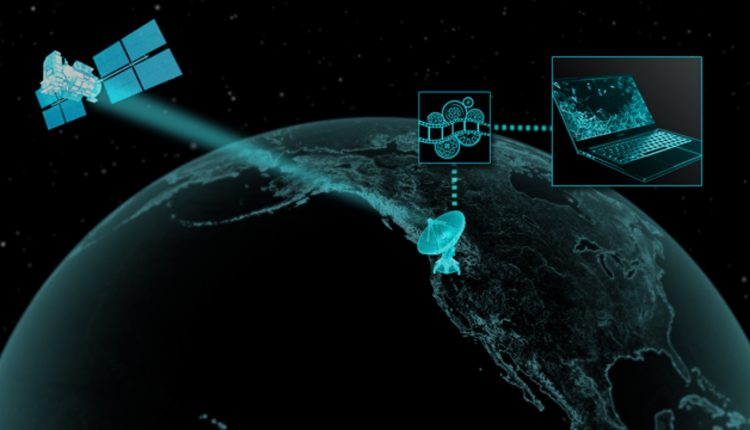 Slingshot teamed with Zoic Labs to develop a graphics tool to help operators view and interact with complex data.

OPIR satellites detect missile launches and operators provide early warnings to U.S. troops and allies who might be at risk of attack.

The contract is to develop and test algorithms and processing techniques using controlled data from past missile launch events. Stricklan said the company hopes to win a follow-on contract to transition the tool to actual operations of space-based infrared surveillance, tracking and missile warning satellites.

Zoic Labs will use satellite sensor data to create video content that operators can replay and analyze.

Stricklan said the project was sponsored by the TAP Lab, in Boulder, Colorado. The lab, funded by the Space Force’s Space and Missile Systems Center, focuses on new ways to analyze and distribute remote sensing data. “We submitted a proposal for how to visualize missile warning tracks in a new ways, so operators can understand the tracks,” she said.

“A lot of information is coming off sensors on orbit and operators don’t have an easy way to look at those tracks and get it into a collaborative environment,” said Stricklan. “This tool is to do analysis and to help them understand how to shorten the timeline.”

Slingshot, a four-year-old startup based in El Segundo, California, and in Austin, Texas, is looking to compete for future contracts under the FORGE program, short for Future Operationally Resilient Ground Evolution. It is a ground-control and data-processing system the Space Force is developing for its future missile warning satellites, the Next Generation Overhead Persistent Infrared.

“I foresee this as something that could be leveraged as a FORGE application,” said Stricklan. “We are looking at those requirements.”