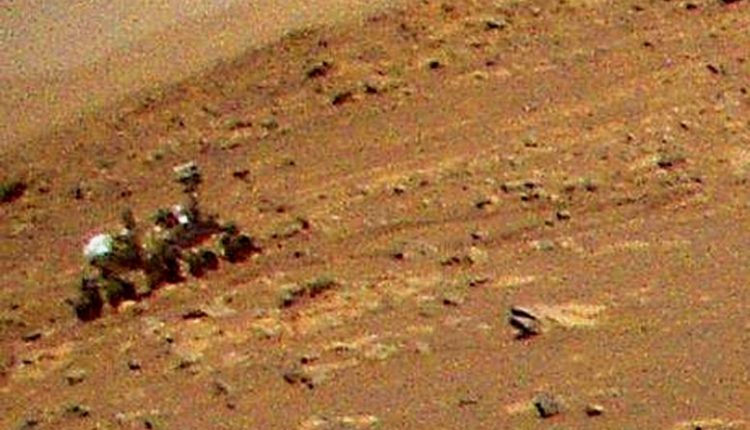 This color image was taken by NASA’s Ingenuity Mars Helicopter during its third flight, on April 25, 2021. The Perseverance Mars rover is visible in the upper left corner. Credit: NASA/JPL-Caltech

NASA’s Perseverance Mars rover is visible in the upper left corner of this image the agency’s Ingenuity Mars Helicopter took during its third flight, on April 25, 2021. The helicopter was flying at an altitude of 16 feet (5 meters) and roughly 279 feet (85 meters) from the rover at the time. 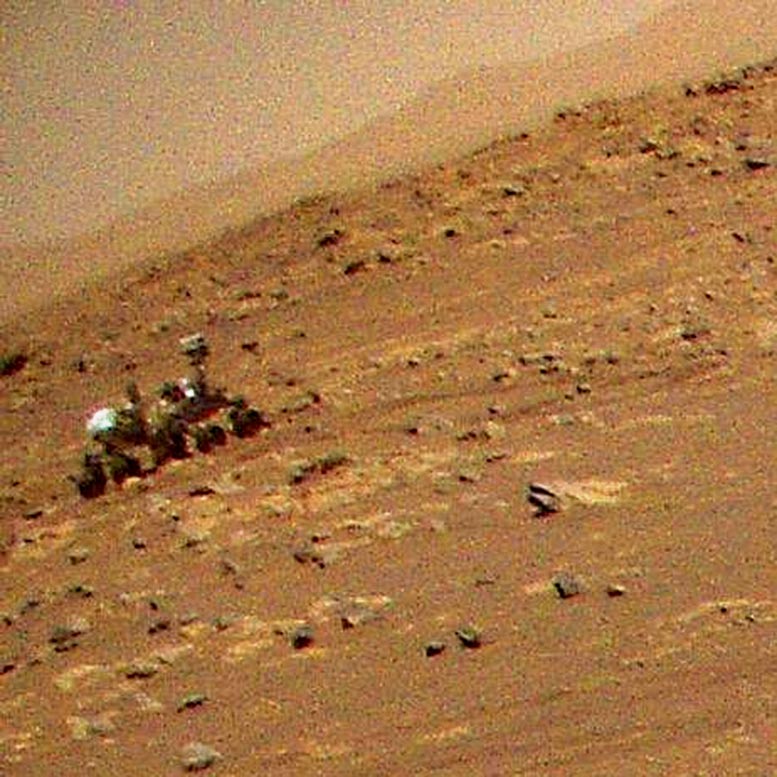 This is a crop of the top-left portion of the above image with contrast enhanced. Credit: NASA/JPL-Caltech

Russia wants to build its own space station to replace the ISS, state officials say