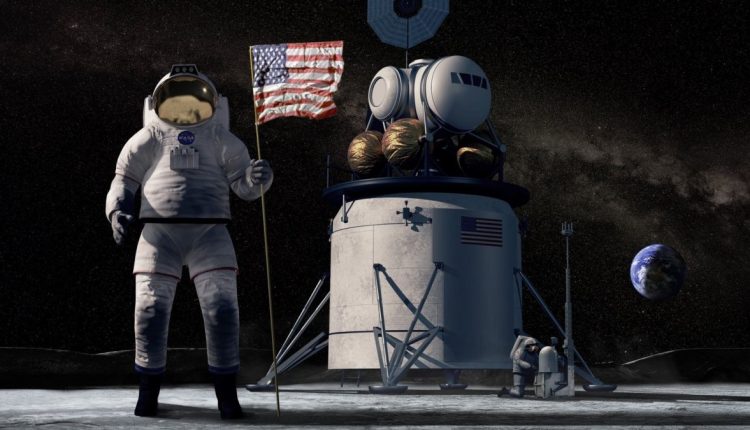 NASA will land the first person of color in addition to the first woman on the moon with the Artemis program, NASA’s Acting Administrator Steve Jurczyk revealed today (April 9).

Today, President Joe Biden’s administration submitted a budget proposal outlining its priorities for discretionary spending for the fiscal year 2022 to Congress. The proposed budget includes a funding increase that will support Mars sample return, research, climate science and more at NASA. Jurczyk responded to the news in a NASA statement and additionally revealed that the agency will be landing the first person of color on the moon with the Artemis program, which aims to return humans to the lunar surface.

This funding request “keeps NASA on the path to landing the first woman and the first person of color on the moon under the Artemis program. This goal aligns with President Biden’s commitment to pursue a comprehensive approach to advancing equity for all,” the NASA statement reads.

The statement marks the first time that the agency has specified it will land a person of color on the moon;, previous comments about Artemis have only referred to landing the “next man and the first woman” on the moon.

Related: NASA unveils plan for Artemis ‘base camp’ on the moon beyond 2024

Under the administration of President Donald Trump, NASA was aiming to complete the first Artemis lunar landing by 2024, but the Biden administration has not yet commented on whether it will keep NASA to this ambitious timeline.

“This $24.7 billion funding request demonstrates the Biden administration’s commitment to NASA and its partners who have worked so hard this past year under difficult circumstances and achieved unprecedented success.

“The president’s discretionary request increases NASA’s ability to better understand Earth and further monitor and predict the impacts of climate change. It also gives us the necessary resources to continue advancing America’s bipartisan moon to Mars space exploration plan, including landing the first woman and first person of color on the moon under the Artemis program.

“We know this funding increase comes at a time of constrained resources, and we owe it to the president and the American people to be good and responsible stewards of every tax dollar invested in NASA. The NASA workforce and the American people should be encouraged by what they see in this funding request. It is an investment in our future, and it shows confidence in what this agency has to offer.”

Related: Can NASA really put astronauts on the moon in 2024?

The statement from NASA goes on to include details about the discretionary funding request, including the fact that it supports STEM (science, technology, engineering and mathematics) engagement and “strengthens NASA’s ability to better understand Earth and how it works as an integrated system, from our oceans to our atmosphere, how it all impacts our daily lives, and how it all is impacted by climate change,” the statement reads.

Following this funding request, we will learn more about the administration’s overall goals with regard to space, science and NASA programs. Within the upcoming months, President Biden is expected to release a complete budget that will include a more detailed plan for that spending. However, budgets for NASA and the rest of the federal government are ultimately determined by Congress.