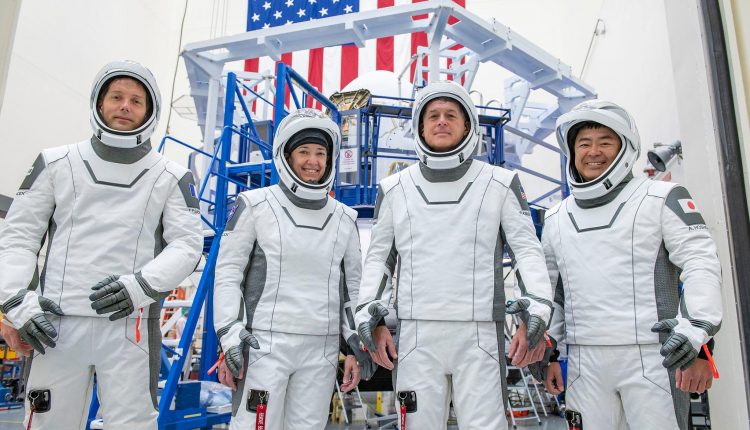 The Crew-2 astronauts will join the other members of Expedition 65, NASA astronaut Mark Vande Hei and cosmonauts Oleg Novitskiy and Pyotr Dubrov of Roscosmos, for a six-month mission conducting science experiments in low-Earth orbit. An important scientific focus on this expedition is continuing a series of Tissue Chips in Space studies. Tissue chips are small models of human organs containing multiple cell types that behave much the same as they do in the body. 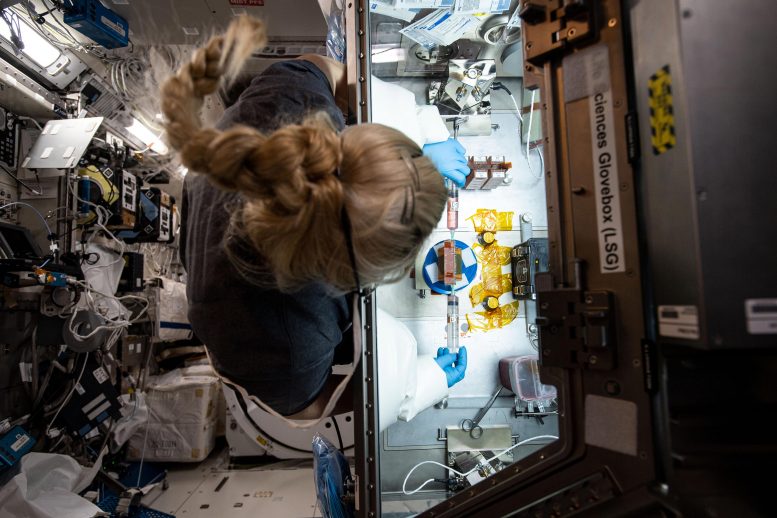 These chips may make it possible to identify safe and effective therapeutics – drugs or vaccines – much more quickly than the standard process. In addition, many changes occurring in the human body during spaceflight resemble the onset and progression of aging and diseases on Earth but occur much more quickly in microgravity. Scientists use specialized tissue chips in space to model diseases that affect specific organs in the human body but that might take months or years to develop on Earth.

Tissue chips are one aspect of tissue engineering, which uses a combination of cells, engineering, and materials to restore, maintain, improve, or replace biological tissues. Tissues engineered on Earth require some sort of scaffold on which to grow and can only reach a thickness of at most 1 centimeter, or just over a quarter inch. But in microgravity, rather than growing in a flat layer, cells can grow into three dimensions that closely mimic tissues in the body.

This image shows testing of the Roll-out Solar Array, or ROSA, from June 2017. The first solar panels with the new roll-out design travel to the space station on the Crew-2 launch. Credit: NASA

“We know that cells communicate with each other and that this communication is critical for proper functioning,” says Liz Warren, senior program director at the ISS U.S. National Laboratory. “We don’t fully understand why, but in microgravity, cell-to-cell communication works differently than it does in a cell culture flask on Earth. Cells also aggregate or gather together differently in microgravity. These features allow cells to behave more like they do when inside the body. Thus, microgravity appears to provide a unique opportunity for tissue engineering.”

A partnership between the ISS National Lab and the National Institutes of Health’s National Center for Advancing Translational Sciences (NCATS) has sent tissue chips to the space station to analyze the effects of microgravity on human health and translate that to improvements on Earth. Investigations are using tissue chips to study aging of the immune system, lung immune response, musculoskeletal disease, kidney function, muscle loss or sarcopenia, and more.

All tissue chip investigations are assigned two flights, Warren explains, with a number of these experiments launching for the second time during Expedition 65. “The first flight is a validation of the system. The second flight is generally intended to test a therapeutic or therapeutics.”

NASA and Boeing workers lift solar arrays into flight support equipment on April 2, 2021, in the Space Station Processing Facility at NASA’s Kennedy Space Center in Florida. The 63- by- 20-foot solar arrays will launch to the International Space Station later this year. Credit: NASA/KSC

Another important element of Crew-2’s mission is updating the station’s solar power system by installing the ISS Roll-out Solar Array (iROSA) – compact panels that roll open like a huge yoga mat. The technology development dates back to 2009, benefiting from dozens of NASA Small Business Innovation Research awards and later ground demonstrations. In 2017, the basic design underwent testing on the space station to determine its strength and durability. The Expedition 65 crew is scheduled to begin preparations for supplementing the station’s existing rigid panels this summer with the first pair of six new arrays.

One research investigation flying aboard Crew Dragon with Crew-2, CHIME, studies possible causes for suppressed immune response in microgravity. Microgravity may cause changes to the human immune system, a possible concern for long-term space travel. The CHIME investigation could help identify potential causes of immune system dysfunction and lead to ways to prevent or counteract it, helping space travelers as well as those with compromised immune systems on Earth. 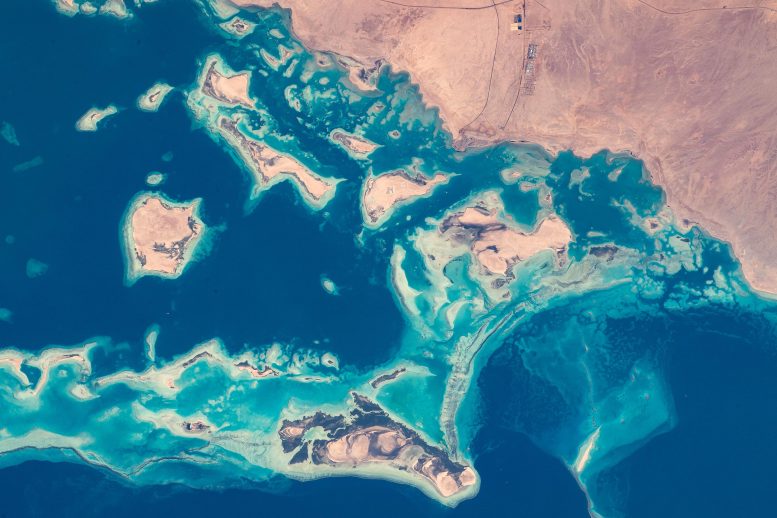 Waters of the Red Sea off the northwest coastline of Saudi Arabia are home to some 260 coral reef species. This image was taken by space station crew members in November 2020 as part of the Crew Earth Observations (CEO) project. Credit: NASA

Crew members remain incredibly busy between maintenance and upgrades to the station itself inside and out, daily activities to keep themselves healthy, and a full slate of scientific research – the station’s primary purpose. Adding more crew members aboard the microgravity laboratory increases the time available for scientific activities. The November 2020 addition of the Crew-1 team, NASA astronauts Michael Hopkins, Victor Glover, and Shannon Walker and JAXA astronaut Soichi Noguchi, to the Expedition 64 crew of cosmonauts Sergey Ryzhikov and Sergey Kud-Sverchkov and NASA astronaut Kate Rubins more than doubled crew hours spent on scientific research and support activities.

Crew-2’s Earth Day launch seems fitting, given that the space station contributes significantly to climate research. Expedition 65 astronauts join many others before them in recording our planet through the Crew Earth Observations (CEO) project. Overall, crew members have taken more than 1.5 million images of Earth, contributing to scientific research such as studies on artificial lighting at night, algal blooms, and the breakdown of Antarctic ice shelves.

When the members of Crew-2 return to Earth in the fall, they will have upped that image tally as well as the total number of hours spent on scientific activities in space. With astronauts already chosen for Crew-3 and Crew-4, the orbiting lab continues to rack up impressive results.

Earth’s Mantle, Not Its Core, May Have Generated Planet’s Early Magnetic Field