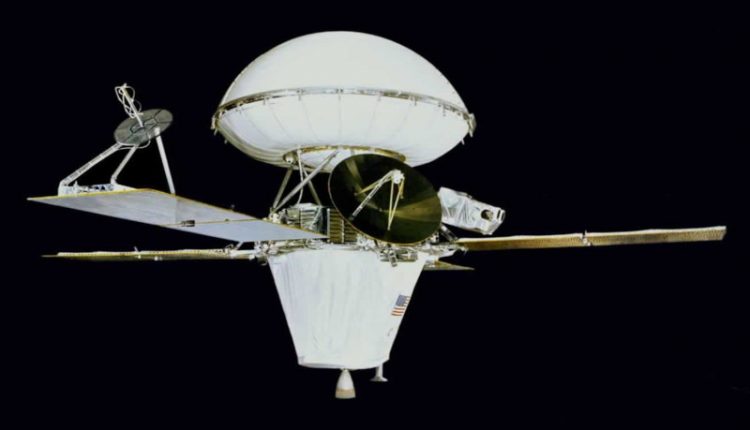 
Since the first spacecraft was sent to Mars was launched in 1960, there have been at least 68 missions that have been launched to the Red Planet or have flown by it on their way to other solar system bodies. If you count orbiting telescopes such as Hubble Space Telescope that have looked at Mars from near-Earth regions, the number is even higher. For this analysis, we will look only at missions sent directly to study Mars.

More than half of all missions sent to Mars have failed. Some were destroyed on launch, others were lost in space or on the planet. Yet, among all the missions, there have been successes along the way.

The former Soviet Union started off the race to Mars with a series of Mars spacecraft. Among them, the Mars 1 mission was able to send back some data about the Red Planet before mission controllers lost contact with it a few months after launch. Mars 2 got to Mars safely, but its rover crashed landed on the surface. Mars 3, 4, 5 and 6 were partially successful, while Mars 7’s lander had separation issues and never made it to the surface. Throughout the period of the 1960s and 1980s, the former Soviet Union and the U.S. were in something of a race to send missions to Mars.

The first U.S. mission to successfully reach Mars was Mariner 4 in 1964. It flew by the planet and returned the first-ever images of Mars and hinted at interesting surface features. The Mariner missions had several more successes, including Mariners 6, 7, and 9. The first two were flybys that returned images and data.

Mariner 9 arrived during a planet-wide dust storm and successfully put itself into orbit. After the dust settled, the spacecraft returned 7,329 images that revealed 85 percent of the surface of the planet. Those images revealed surface features familiar to us on Earth, including river beds, craters, flood plains, canyons, and volcanic features.

In 1976, the U.S. succeeded in putting two Viking landers on the surface of Mars, linked to Earth via their orbiters. These missions lasted for several years, and supplied surface images, atmospheric data, and orbiter mapping. After the Viking missions were complete, there was a mission hiatus for several years until the Soviets launched two Phobos Missions in 1988. They lost contact with Phobos 1, while Phobos 2 was able to enter Mars orbit and return some data before controllers lost contact with the spacecraft.

The bad luck with missions continued into the 1990s with the loss of NASA’s Mars Observer mission in 1993. An investigation suggested that a fuel leak may have caused the mission to fail. Mars 96 failed at launch in 1996, the Japanese Nozomi (Planet B) mission never entered Mars orbit. The Mars Climate Orbiter (NASA) crashed to the Martian surface in September 1999, and an investigation showed that a metric-English measurement mixup doomed the spacecraft. Not long after that, NASA’s Mars Polar Lander crashed to the surface in December 1999, largely due to an equipment failure.

The successful missions of the 1990s included NASA’s Mars Global Surveyor, which spent nearly 10 years mapping and imaging the planet from orbit. It was followed by the Mars Pathfinder mission, the first to set a rover down on the planet. It lasted for three months and was the first mission to drill into rocks in an effort to determine their mineralogy.

In the first two decades of the 21st century, space agencies have had more successful missions. NASA’s Mars Odyssey, the European Space Agency’s Mars Express led off the march to Mars. They are still currently operating as of this writing.

The Mars Exploration Rovers A and B, also known as Spirit and Opportunity, settled onto the Martian surface in 2004 and immediately began searching for evidence of past water on the planet. Spirit lasted for about 7 years and Opportunity is still operating. Both rovers made important discoveries about the surface of Mars and the existence of water there in the distant past. Their images and data have given scientists valuable long-term daily looks at the weather and climate of the planet, as well.

The Mars Reconnaissance Orbiter, launched in 2005 has continually mapped and imaged the planet at high resolution since then. It, along with other orbiters, provides a useful radio link back to Earth. Mars Phoenix landed on the Red Planet and spent several months cataloguing conditions near the Mars northern polar regions.

The Russians, Chinese and British had a run of back luck with spacecraft in 2003 and 2011 respectively. The Beagle Rover made it to Mars, but failed upon landing. The Fobos-Grunt and Yinghuo-1 mission fell back to Earth after a launch failure.

In more recent years, the U.S. Mars Curiosity rover has been a huge success, returning images from the surface as well as detailed mineralogy of the rocks where it landed. It continues to explore and is currently heading up a series of hills near its landing area.

The two most recent missions to arrive at Mars (September 2014) are the Indian Space Research Organization’s Mars Orbiter Mission (nicknamed “Mom”) and the MAVEN mission. MOM is a proof of concept mission returning images of the planet and data about the atmosphere. MAVEN is an atmospheric studies satellite that is sampling the upper atmosphere in an effort to understand how the planet is losing its atmosphere (and how it may have lost water in the past).