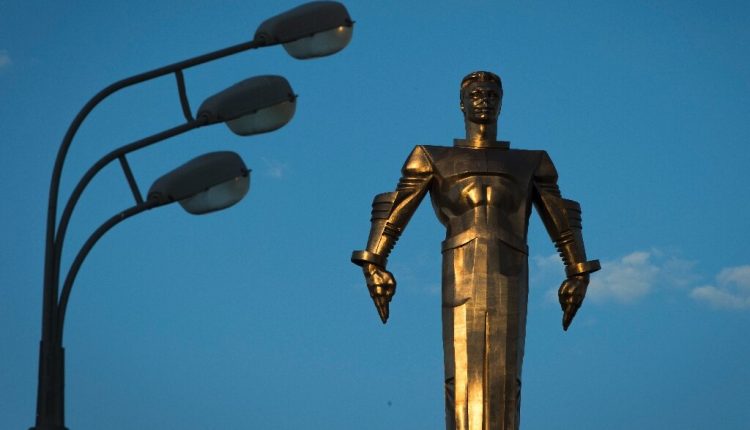 He was one of several stars of the Cold War space race between the Soviet Union and the United States who would became heroes to millions.

But the technology that sent them into orbit had less glorious origins in the dying days of Nazi Germany.

Many of the key rocket scientists behind both the American and Soviet space programmes were Germans, who had worked on Adolf Hitler’s “secret weapons”, the V-1 and V-2 rockets.

Some 1,600 German rocket experts were secretly taken to the US in the dying days of World War II, while the Russians rounded up about 2,000 in one night at gunpoint and sent them to work in the Soviet Union.

The inventor of Hitler’s V-2 rocket—the world’s first guided ballistic missile—was the architect of the US Apollo programme that would put a man on the Moon.

Brought across the Atlantic with his brother Magnus, he came up with the Saturn V rocket that powered the American lunar missions. He died in 1977 still advocating manned missions to Mars.

A friend of Von Braun, Debus was Hitler’s flight test director for the V-1s and V-2s.

In 1952, he began the building of rocket launch facilities at Cape Canaveral in Florida and was later director of operations of what would become the Kennedy Space Centre, overseeing the flight by the first US astronaut Alan Shepard and the Moon missions.

The first man in space, Gagarin was chosen from 3,000 candidates.

Gagarin’s understudy for the historic 1961 flight, Titov, never got over the disappointment.

Four months later, he orbited the Earth 17 times on Vostok-2. He was elected to the Russian parliament in 1995.

The then 30-year-old made the first spacewalk in history from Voskhod 2 in 1965.

It lasted 12 minutes and nine seconds and nearly killed him as his spacesuit inflated due to the lack of atmospheric pressure. He had to bleed off some of the oxygen, risking death.

Leonov later took part in the groundbreaking Apollo-Soyuz mission that opened a new era of space cooperation between the Soviets and the US in 1975.

The first woman in space, she spent nearly three days in orbit in June 1963.

She had to overcome a host of problems during the flight, which were not revealed until after the collapse of the Soviet Union.

She remains the only woman to have carried out a solo mission.

Chief Soviet rocket engineer Korolev clocked up successes from the launching of Sputnik 1 to Gagarin’s historic flight. His role was only disclosed after his death in 1966.

A parachute failed on re-entry, causing his craft to plummet to Earth.

He later commanded the Apollo 14 in 1971 and became the fifth person to walk on the Moon, where he played golf.

The first American to orbit the Earth in February 1962, he was later elected as a US senator, serving until 1999.

In 1998, at the age of 77, Glenn became the oldest person to go into space when he journeyed aboard the space shuttle Discovery.

In June 1983, Sally Ride became the first American woman to be sent into space, on the space shuttle Challenger.

She also took part in a 1986 commission that investigated the loss of the vessel. She died of cancer aged 61 in 2012.

Despite slightly fluffing his line—”That’s one small step for (a) man, one giant leap for mankind”—it has since been etched in history.

In Russia, the legend of cosmonaut Gagarin lives on