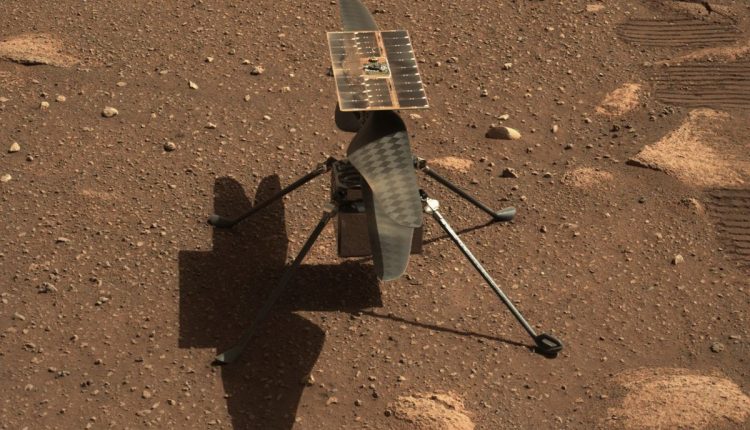 How to watch the Mars helicopter Ingenuity’s first flight online


The first helicopter is expected to attempt the first-ever flight on Mars on Sunday (April 11), with NASA unveiling the results a day later, and you can follow it all online.

NASA’s Mars helicopter Ingenuity flight coverage actually begins today (April 9) with a preflight press conference at 1 p.m. EDT (1700 GMT). You can watch that live on Space.com and on this page, courtesy of NASA TV, or directly from NASA Television, the NASA smartphone app, the agency’s website and several social media platforms (such as the Jet Propulsion Laboratory’s YouTube and Facebook channels.)

While Ingenuity, which rode to Mars on the belly of the Perseverance rover, is expected to take to the air on Sunday, the data from that flight won’t arrive on Earth until early Monday (April 12). That’s when NASA’s next webcast comes in. At 3:30 a.m. EDT (0730 GMT) on Monday, NASA will livestream the flight data’s arrival. You can also watch that on Space.com or directly from NASA TV.

“The flight date may shift as engineers work on the deployments, preflight checks, and vehicle positioning of both Perseverance and Ingenuity,” NASA said in a statement, noting that timing will be updated at the helicopter’s webpage as needed.

“If the helicopter flies … as expected, the livestream will show the helicopter team analyzing the first test flight data in JPL’s Space Flight Operations Facility,” the agency added. Mars is several minutes light-speed away from Earth and thus, Ingenuity will take to the air autonomously and we will only know of its status after the fact.

Controllers at JPL are in the midst of a three-month intense start to the ambitious Perseverance mission, working on “Mars time” to coordinate their internal clocks with the 24 hour, 37-minute “sol” of each Martian day.

They’ve been in this mode since Feb. 18, when Perseverance alighted on Mars on a long-term quest to find signs of ancient habitability and to cache promising samples for a planned future sample-return mission. Ingenuity is a test part of the mission and has up to 31 days (30 sols) of planned flights to test the idea of supporting ground missions with taking images and collecting data from the air.

There will also be several livestreamed media briefings associated with the flight; members of the public can ask questions on social media using the hashtag #MarsHelicopter.

The preflight briefing today at 1 p.m. EDT (1800 GMT) will to outline what to expect. Briefing participants are expected to include:

JPL expects to do a postflight briefing at 11 a.m. EDT (1700 GMT) on Monday (April 12), depending on how the day goes. Exact timing may shift, so watch social media channels for updates.

Additionally, NASA plans three informal talks called “Taking Flight: How Girls Can Grow Up to Be Engineers” to “focus on helping girls chart a path to engineering and provide invitations to special events for girls and women interested in the field,” the agency stated.

So far, the talks are scheduled for 4 p.m. EDT (2100 GMT) on three days: April 15; April 22 and April 29. But the agency stated that exact dates and times may be adjusted after Ingenuity’s first flight.