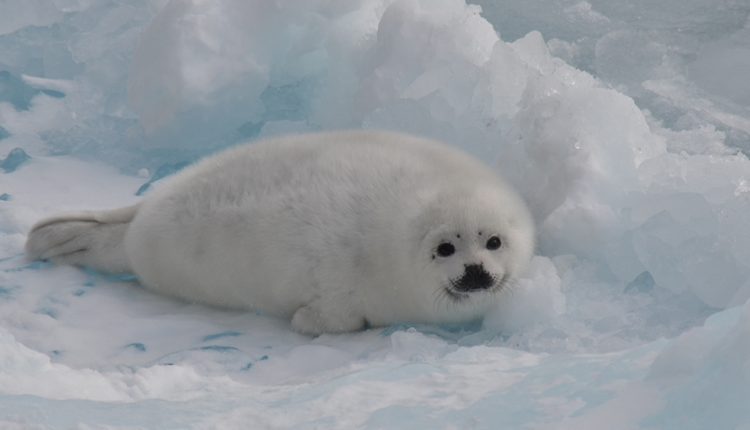 The migration cycle of harp seals is greatly threatened following a significant decrease in sea ice cover in Canada’s Gulf of St. Lawrence. This year, the gulf has experienced its lowest amount sea ice since measuring began. The lack of sea ice poses a serious threat to harp seals, whose lifecycles start on the gulf and depend on its ice.

Speaking to ABC7, Jen Hayes, a National Geographic contributor, said that the absence of sea ice exposes the young harp seals to predators. “They’re evolutionarily designed for ice. They’re not designed to survive onshore,” Hayes said. “It puts them literally in the proximity of every predator out there. So yes, they’re in trouble.”

The Gulf of St. Lawrence is normally covered in about 90,000 square miles of sea ice between February and April. However, the situation has been quite different this year, with the shore barely showing any signs of ice. This year’s ice levels are the lowest since 1969 when they were first measured.

The drastic drop in ice levels has also negatively impacted hotel businesses along the gulf. Most hotels rely on tourists who visit to watch the harp seals. The Gulf of St. Lawrence is a hotbed of harp seals from March to April.

Ariane Bérubé, the sales director at the Château Madelinot hotel, told reporters that the gulf has witnessed a similar decrease in sea ice before. In 2010, the levels of sea ice on the gulf dropped significantly, affecting the normal migration of harp seals.

“2010 was our rupture point,” Bérubé said “It was the first year we had to cancel. We had more than 350 people who had reserved and we had to try to explain to them what was happening. It was the first time since 1958 that we had no ice.”

The biggest worry is that if the seals do not find their way back to the gulf in three consecutive years, they may never return; they will change their migratory paths. While the harp seal population is not seriously threatened, the lack of ice could significantly affect their numbers in the future. It will also harm local businesses that depend on the seals’ return for tourists to observe.

Life on Mars: Your Questions Answered