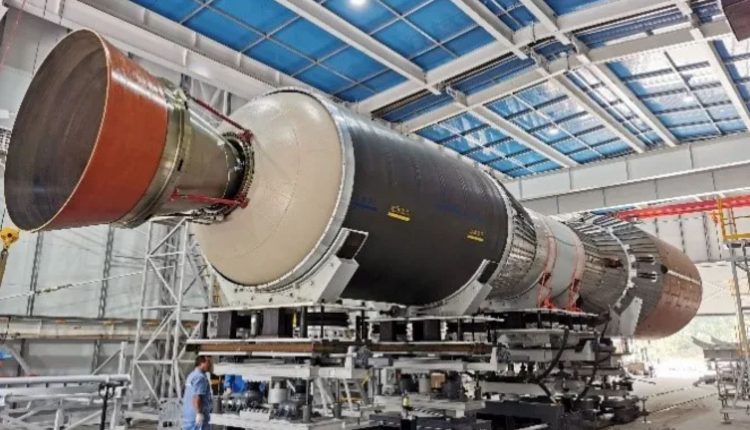 HELSINKI — Guangzhou is developing a major space cluster in the city by hosting new projects including the new headquarters for the space business of Geely Technology Group.

Geely, a major automaker which owns Volvo Cars and part of Daimler AG, is to establish a space headquarters in Nansha district to oversee development of its satellite and communications technologies, local government said March 30.

The development follows the previously announced establishment in Nansha of the industrial base for CAS Space Exploration, a launch company related to the Chinese Academy of Sciences (CAS).

The implication is that Geely satellites would launch on CAS Space rockets as part of a Guangzhou space cluster. Geely was not ready to comment on the developments announced by Nansha at time of press.

The Nansha government states that it aims to form a complete industrial chain including rockets (upstream), satellites (midstream) and downstream applications. The stated goal is to establish the district as a major Asian commercial space center.

China has major national space clusters in Beijing and Shanghai, as well as newer commercial centers of activity in Wuhan, Xi’an and other areas.

The cooperation with Geely was announced Nansha sub-forum of Guangzhou Annual Investment Conference was held on March 30, as part of a wider investment of $40.4 billion (264.8 billion yuan) covering the fields of advanced manufacturing, logistics, financial services and infrastructure.

Geely’s new space headquarters is also expected to attract related companies to the Guangdong-Hong Kong-Greater Bay Area, according to the Guangzhou municipal government.

The company aims for a first launch of the ZK-1A solid rocket capable of lifting 1.5 tons to LEO around September. The ZK-1A could be China’s largest solid orbital rocket in terms of payload capacity at time of flight.

The move is part of plans to develop a family of reusable ZK launch vehicles. The ZK launchers range from one metric ton to LEO and up to 15 tons with a three-core rocket design.

Both reusability and sea launch and recoverability is expected to bring sharp reduction of costs, according to one representative.

China has recently established a spaceport for supporting sea launches at Haiyang on the coast of the eastern province of Shandong. It has facilitated sea launches of the Long March 11 solid rocket and expected to see Jielong rocket missions from China Rocket Co. Ltd.

CAS Space, with its industrial base in Guangzhou, is also in the vicinity of Wenchang on Hainan island.

CAS Space broke ground in Nansha for its industrial base March 8 (Chinese) as an apparent part of a nascent Guangzhou space cluster. The facilities, for both solid and liquid launch vehicles, are expected to be able to produce up to 30 rockets annually.

Privately-funded rocket and small satellite companies have proliferated since 2014, when the government opened up segments of the space sector to private capital. Central government has since provided further policy guidance, frameworks and initiatives while a military-civil fusion national strategy facilitates technology transfers.

Provinces and local governments have been instrumental in the development of the new commercial sector, through financial, infrastructure and other support and incentives.

According to Chinese publication Future Aerospace, there were 141 registered commercial aerospace companies in China by the end of 2018, in areas including launch, propulsion, satellite manufacturing, payloads and applications and ground stations.

However the information environment regarding commercial space companies in China is challenging. Difficulties also present in distinguishing between commercial and non-commercial entities.

China is expected to construct a new spaceport for commercial launches in the coming years as part of the newly-approved Five-Year Plan.

China currently has three inland launch sites at Jiuquan, Taiyuan and Xichang and a new coastal spaceport, Wenchang and a spaceport for supporting sea launches.

Did climate change cause societies to collapse? New research upends the old story.