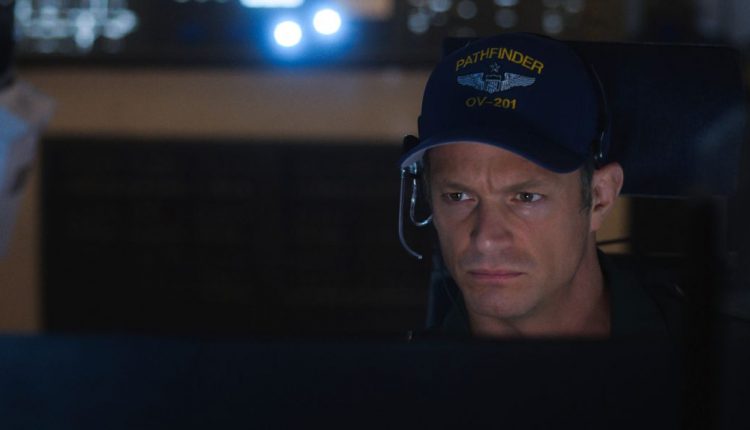 The season two finale of the Apple TV+ series “For All Mankind” might feature an alternate-history showdown between two space powers.

A sneak-peek video of the episode, which airs Friday (April 23), shows Pathfinder — a fictional nuclear-powered NASA space shuttle depicted in the series — arriving safely in lunar orbit to make a crucial delivery to Jamestown Base on the moon’s surface.

Pathfinder’s three crew members are also tasked with keeping an eye out for Buran, a real-life Soviet shuttle-like vehicle portrayed in the series in a fictional context. (In real life, Buran flew uncrewed on a single occasion in Earth orbit and never carried people.)

Video: Take an astronaut-led tour of the ‘For All Mankind’ moon base

“Negative, they’re not showing up on our radar,” responds Gary Piscotty (Michael Benz).

The third member of the crew is Sally Ride, a real NASA astronaut who was the first American woman and first known LGTBQ+ person in space. The real Ride flew only on the space shuttle in Earth orbit, of course, but here she’s readying for her first lunar landing and not looking happy. “Where the hell are they?” barks Ride, who’s played by Ellen Wroe.

Pathfinder scans the vicinity with its radar, with no success. Tense moments pass as the astronauts consult mission control on Earth to figure out where the Soviet shuttle might be. Finally comes the consensus: “Buran has crossed to the far side of the moon. We can’t track their orbit until they re-emerge,” NASA radios the astronauts.

In a private conversation not broadcast to the ground, Ride and Piscotty start arguing. “They were bluffing,” Piscotty says.

“You don’t know that,” Ride counters, pointing out Pathfinder still has two full hours before it’s scheduled to make its delivery to Jamestown Base — and that the Soviets know it.

“Oh, come on!” Piscotty shouts. “Our badass, nuclear-powered space fighter scared those Russkis back to their cave.”

Baldwin cuts in with a stern look. “All right. All right! Sally’s not wrong. Let’s stay vigilant here.”

The finale, titled “The Grey”, will air on Apple TV+, which requires a subscription of $4.99/month. Season 1 and almost all of Season 2 are now available on the streaming platform. Season 3 is now shooting and is expected to air sometime in 2022.

If you’re interested in space history, we have a spoiler-free discussion of Season 2 that covers how the show’s 1980s shuttle era compares to the real-life one. More information (with spoilers) is available on Apple Podcast’s “For All Mankind: The Official Podcast.” The App Store also has an augmented reality experience called “For All Mankind: Time Capsule.”

Residential building from the ’60s gets an energy-efficient remodel

AI “Magic” Just Removed One of the Biggest Roadblocks in Astrophysics