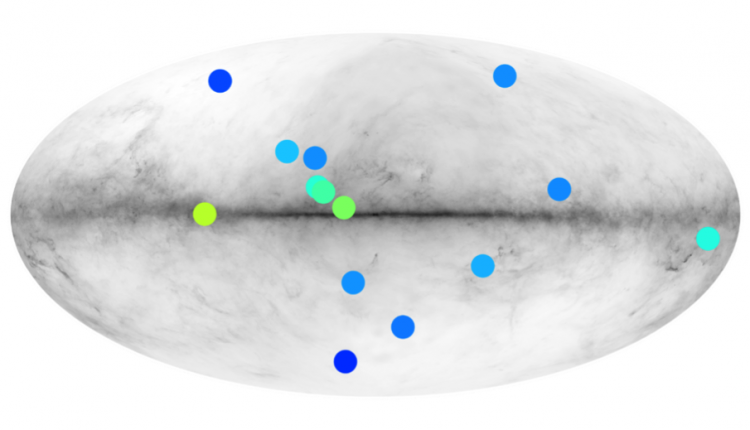 What if some of the antimatter that was thought to have disappeared was hiding in the form of anti-stars? Researchers from the Institute for Research in Astrophysics and Planetology (IRAP—CNRS/CNES/UT3 Paul Sabatier) are using the Fermi gamma-ray space telescope to put the most constraining limits ever on this hypothesis. The results of their work were published on April 20, 2021 in Physical Review D.

What is antimatter? Often associated with the world of science fiction, antimatter does exist. It is observed in physics laboratories and in space. It is a state symmetrical to the matter we know. The laws of physics known to date tell us that the universe should contain equal amounts of matter and antimatter. However, antimatter is only observed today at the trace level, and research suggests that the entire Cosmos would be devoid of it. This is currently considered as one of the greatest mysteries of the universe.

Nevertheless, the AMS particle detector installed aboard the International Space Station recently seems to indicate that there could be more antimatter than we thought. It could be hiding in the vicinity of the solar system in the form of unlikely objects: stars made of antimatter, or anti-stars. The existence of such objects would have serious consequences on the way we conceive the universe, but it is unclear how to test this hypothesis.

It is known that the collision between antimatter and matter produces gamma rays, the most energetic form of radiation. In a paper published in Physical Review D, IRAP researchers used 10 years of data from the Fermi gamma-ray space telescope to estimate the maximum number of anti-stars in the galaxy. They were able to isolate, in the catalog of gamma-ray sources found by Fermi, 14 candidates whose emission properties are comparable to those expected for antistars. However, the nature of these sources is still uncertain. It is much more likely that they are actually other types of well-established gamma-ray emitters, such as pulsars or black holes. The IRAP team then estimated the maximum number of anti-stars that could exist in our galaxy, obtaining the strongest constraints ever. By imagining that they are distributed like ordinary stars, mostly in the galactic disk, they were able to establish that there is at most one antistar for every 300,000 ordinary stars. Nevertheless, they also showed that old antistars, whose origins would go back to the beginnings of the universe, could more easily hide from gamma-ray telescopes in the halo around the galaxy.

The Alpex Cultural Centre converts a factory into a community center