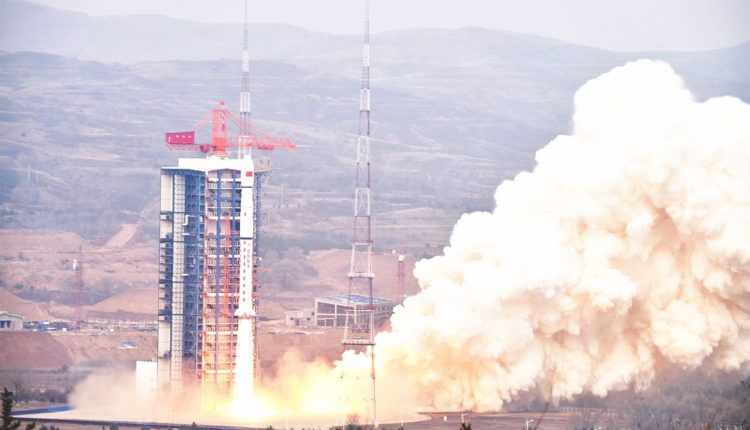 Video footage shows insulation tiles falling from the Long March rocket as it lifts off from the pad.

As with previous Shiyan 6 satellites, China did not release any images of the spacecraft. This is standard practice for countries launching satellites for classified, national defense-related missions.

Chinese media state only that the satellite will be used to carry out “space environment survey and experiments on related technologies.” Shiyan means literally “experiment” in Chinese.

U.S. military space tracking data indicates that the satellite is 622 miles (1,002 kilometers) above the Earth and completes an orbit every 105 minutes. Its orbital inclination of 99.5 degrees to the equator means it is in a near-polar orbit.

Some interesting details about the Shiyan 6 (03) satellite did become apparent after launch.

China’s National Center for Nanoscience and Technology published an article (Chinese) stating that an ultra-dark “nanocomposite” coating was applied to aid optical systems onboard Shiyan 6. Black coatings help minimize light reflection, which can interfere with the performance of optical sensors.

The center claims the coating has an absorption rate of up to 99.6% across the ultraviolet-visible-near infrared range of the spectrum. It also states that ultra-black coating materials have “broad application prospects in dim target detection, interplanetary navigation, infrared stealth and other areas.”

Reducing the effects of stray light can help assist detecting dimmer objects, including other satellites and space debris.

The mission was China’s ninth of the year; the country is planning to conduct more than 40 launches in 2021. These include a first module for the country’s space station and the crewed Shenzhou 12 mission.