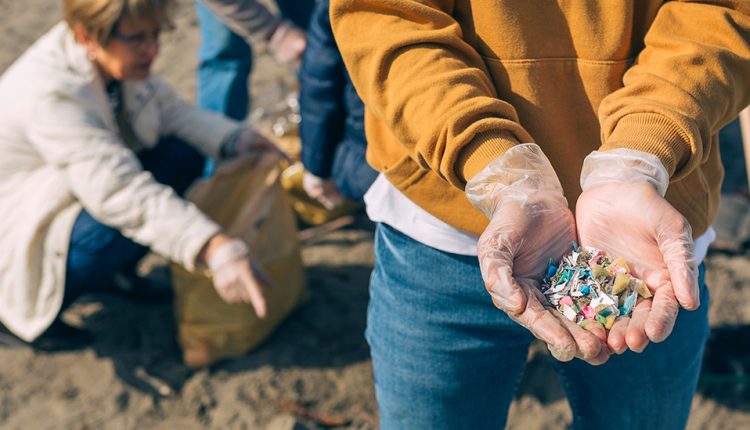 Can bacteria capture and eliminate microplastics?

Scientists at Hong Kong Polytechnic University have found a way to use bacteria’s natural stickiness to pull microplastics from the environment. Their vision is that microplastics in polluted water will adhere to tape-like bacteria nets, making a plastic blob that can easily be recycled or otherwise disposed of.

“It is imperative to develop effective solutions that trap, collect, and even recycle these microplastics to stop the ‘plastification’ of our natural environments,” said Sylvia Lang Liu, the project’s lead researcher. Microplastics are the tiny plastic fragments smaller than 5mm that are constantly being released into the environment from washing synthetic fabrics and scrubbing our faces with potions containing microbeads in addition to the general breakdown of plastic bags and bottles. They eventually work their way into the oceans, where they endanger marine animals.

The scientists used a bacteria called Pseudomonas aeruginosa to make a bacterial biofilm net that can lure in microplastics floating in water, trap them, then sink them to the bottom. This is where it gets really scientific — a biofilm-dispersal gene lets researchers free the microplastics from the bacteria.

“This is a really innovative and exciting application of biofilm engineering to address the plastic pollution crisis,” said Joanna Sadler, researcher at University of Edinburgh. Sadler wasn’t involved in this study. “One of the biggest challenges in dealing with microplastics is capturing such small particles so they can be degraded and removed from the environment. Liu and co-workers have demonstrated an elegant solution to this problem, which holds great potential to be further developed into a real-world wastewater treatment technology.”

At this point, this microplastic-trapping solution is still hypothetical. It worked in a lab. But will things go so well in a sewer, lake or ocean? Also, the Pseudomonas aeruginosa carries diseases that affect humans, so it’s probably not the best idea for real-world projects. Still, Liu and fellow scientists are confident they are onto something with this method. Time will tell whether this model is scalable, what type of surfaces are best for growing the biofilm, and what bacteria strains should be used.

Nicholas Tucker, a molecular microbiologist at the University of Strathclyde, said, “In general, this shows that microbes can and will play a role in every stage of the life cycle of plastics.”

Winning designs unveiled for the sustainable redesign of Saratov