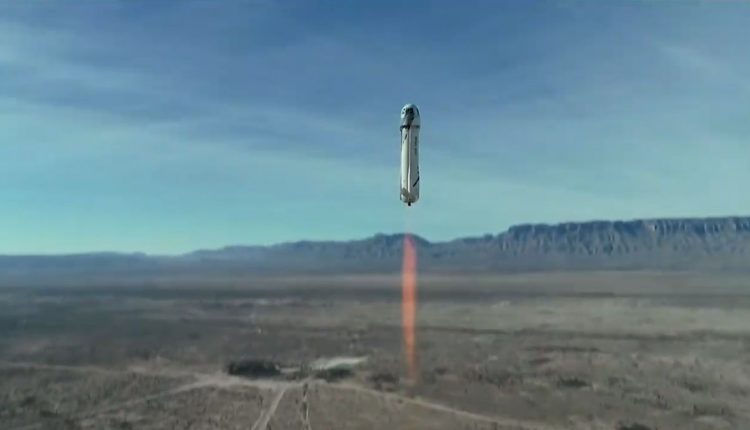 Blue Origin plans to launch an uncrewed test flight of its New Shepard suborbital vehicle on Wednesday (April 14), and you can watch the action live online.

The company, which is led by Amazon.com founder Jeff Bezos, will launch New Shepard from its West Texas site on Wednesday during a window that opens at 9 a.m. EDT (1300 GMT; 8 a.m. local time), if all goes according to plan. You can watch it on this page and here, as well as on the Space.com homepage, starting an hour before liftoff, courtesy of Blue Origin, or directly via the company.

Blue Origin is developing New Shepard, a reusable rocket-capsule combo, to take paying customers and payloads on brief trips to suborbital space. Wednesday’s flight, known as NS-15, won’t carry any people, but it will be a substantial step toward crewed operations.

“During the mission, astronaut operational exercises will be conducted in preparation for human spaceflight,” Blue Origin representatives wrote in a mission description.

“The primary operations will entail Blue Origin personnel standing in as astronauts entering into the capsule prior to launch,” they added. “These astronauts will climb the launch tower, get into their seats, buckle their harnesses and conduct a communications check from their seat with CAPCOM, the Capsule Communicator.”

The Blue Origin personnel will depart the New Shepard capsule before launch. After landing, they’ll get back into the capsule to rehearse exit procedures, according to the description.

NS-15 will be the 15th New Shepard flight overall and the second for NS-4, the new and upgraded vehicle that’s expected to be the first to carry astronauts. Like NS-4’s initial flight, which occurred in January, Wednesday’s test mission will carry aloft Blue Origin’s instrument-laden dummy, Mannequin Skywalker, and thousands of postcards, the mission description states.

These postcards were sent in by students around the world via Blue Origin’s nonprofit organization, Club for the Future, which organized such operations on several previous New Shepard flights as well.