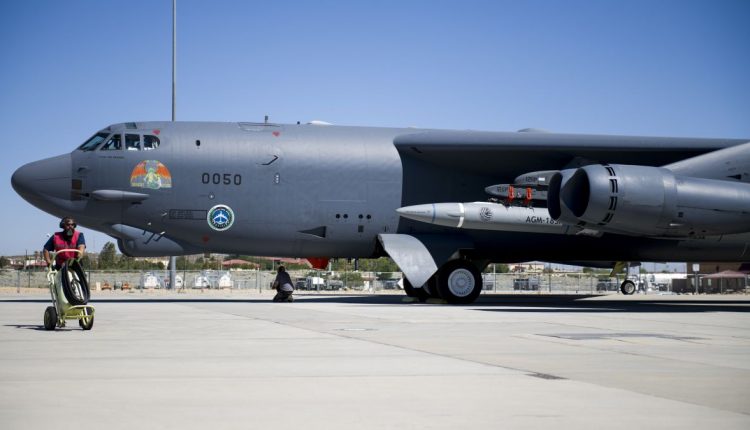 Some more work will be required to get the U.S. Air Force’s new hypersonic weapon up to speed.

That system, known as the AGM-183A Air-launched Rapid Response Weapon (ARRW), is designed to launch in midair from beneath the wing of a carrier plane.

The missile was supposed to do that for the first time on Sunday (April 5), during a powered test flight off the coast of Southern California. But the prototype ARRW booster failed to deploy as planned from its B-52H Stratofortress, and the plane returned to Edwards Air Force Base with the missile still attached.

Related: The most dangerous space weapons of all time

“The ARRW program has been pushing boundaries since its inception and taking calculated risks to move this important capability forward,” Brig. Gen. Heath Collins, Armament Directorate Program Executive Officer, said in an Air Force statement. “While not launching was disappointing, the recent test provided invaluable information to learn from and continue ahead. This is why we test.”

Once the booster reaches such speeds, it will deploy an unpowered but maneuverable glide vehicle, which contains the warhead. Such maneuverability is the key differentiator between hypersonics and  intercontinental ballistic missiles, which follow predictable trajectories.

To date, the Air Force has conducted seven ARRW “captive-carry” flights, in which the B-52H intentionally held onto the missile from takeoff to touchdown. Sunday’s trial was supposed to be the first powered ARRW test. The goal was to demonstrate safe booster deployment and gather enough data to assess key elements of the missile system’s performance, Air Force officials said.

More tests are likely in the near future, for the Air Force wants ARRW to be up and running in the early 2020s. If ARRW does become battle-ready, it will be a first; the U.S. has not yet fielded an operational hypersonic weapon system, despite extensive development work on several different concepts.