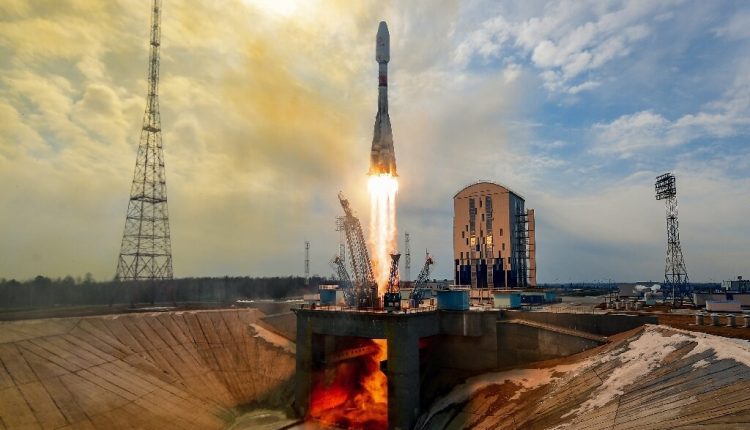 60 years after Gagarin, Russia lags in the space race

A station on the moon! A mission to Venus! A next generation spacecraft!

Sixty years after the Soviet Union made history by launching Yuri Gagarin into space on April 12, 1961, Russia continues to have lofty extraterrestrial ambitions, but its ability to realise them is more down to earth.

Project after project has been announced and then delayed, as grand designs fall victim to funding problems or bureaucratic inertia. The Kremlin’s attention meanwhile is fixed on military ventures rather than space exploration.

A case in point is the project to replace Russia’s ageing Soyuz capsule, a workhorse that has been ferrying astronauts into space since the 1960s and continues to be used for trips to the International Space Station.

First announced in 2009, the project to replace the Soyuz has been repeatedly pushed back. Even the name of the proposed capsule has changed multiple times, from the “Federation” to the “Oryol” (Eagle) and then a proposed smaller version called the “Orlyonok”.

RKK Energia, the firm that builds the Soyuz, was awarded a development contract for the project.

Standing in a museum at Energia’s offices celebrating Soviet space accomplishments, the head of the firm’s flight centre Alexander Kaleri boasts that the new capsule will be “bigger, with more powerful engines and more comfortable than the Soyuz.”

But Kaleri, a veteran cosmonaut who flew several missions into space and spent months on the ISS and Mir space stations, admits the project is a long way from taking off.

“The goal is to carry out a first pilot-less test flight by 2023. For now we are starting by testing models for the capsule, it’s a fairly long process.”

Russian space expert Vitaly Yegorov says the lengthy development is hardly surprising given “the technical difficulties, Western sanctions against the Russian space industry and a lack of funding” for the space programme.

With the Soyuz still flying, there is also no “acute need” for a replacement, he says.

Other projects have also stagnated, including the next generation Angara-A5 rockets meant to carry Russian space capsules, which have been in development since the 1990s but have launched only twice in test mode, in 2014 and 2020.

The Nauka laboratory module intended for the ISS, which began assembly in the 1990s, has also suffered a string of failures that have prevented it from entering orbit.

He has announced ventures to bring back samples from Venus and a rocket capable of making 100 round trips to space and back.

After Russia pulled out of the US-led international Lunar Gateway project—a space station in lunar orbit whose first modules are to be launched in 2024—Moscow and Beijing announced plans this March for a rival space station, but without a timetable or budget.

A former Roscosmos official, speaking on condition of anonymity, said it is clear that Rogozin’s projects are pie in the sky.

The Roscosmos chief promises President Vladimir Putin “that they will go to the Moon, Mars or Venus,” the official said. “But his promises extend into the 2030s, when neither of them will be in power.”

Russian space expert Vadim Lukashevich said the problem for Roscosmos is that when it comes to scientific projects, Putin’s mind is not on space exploration.

“The priority for the Kremlin is military projects, especially the development of missiles,” he said.

Putin frequently trumpets Russia’s hypersonic weapons, which he says can strike an enemy like a “meteorite”.

“You see with what inspiration Putin talks about new weapons and missiles,” Lukashevich says.

So while Russian defence spending has grown significantly in the last two decades, Roscosmos has seen its budget falling year by year.

And as Russia’s space industry stalls, its competitors, including now the private sector, are moving forward.

Roscosmos is wary of partnerships with private companies, Yegorov says, fearing this could syphon away the “state space budget and contracts”.

The industry is meanwhile beset with corruption, including multiple scandals over the construction of the new Vostochny launchpad in the Far East.

“There is hardly any space company left whose officials have not been replaced or arrested,” laments the former Roscosmos staffer.

“Today the industry is run by newcomers without training in space technologies.”

Read more: In Russia, the legend of cosmonaut Gagarin lives on

In Russia, the legend of cosmonaut Gagarin lives on